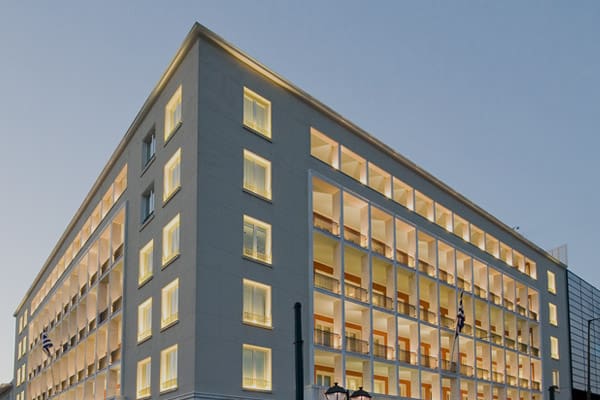 Eurobank Ergasias S.A. (Bank or Eurobank) announces that on 28.11.2019 the Hellenic Financial Stability Fund (HFSF) by its letter to the Bank informed on the termination of the term of office since 16.12.2019 as the HFSF representative to Eurobank’s Board of Directors (BoD) of Mr. Konstantinos Angelopoulos, and requested Mr. Dimitrios Miskou to be appointed as of 16.12.2019 as the new representative of the HFSF to Eurobank’s BoD, according to the provisions of L.3864/2010 and the Relationship Framework Agreement signed between Eurobank and HFSF (RFA).

Τhe Bank’s BoD decided on 16.12.2019 the integration of Mr. Miskou to the Bank’s BoD, and his appointment as non-executive member of the BoD.

Furthermore the Bank’s BoD also decided on 16.12.2019, according to the RFA, the appointment of the new representative of the HFSF Mr. Miskou as member of the Board Risk, Nomination and Remuneration Committees and temporarily as a member of the Audit Committee, in replacement of the ex-representative of the HFSF Mr. Konstantinos Angelopoulos, who was their member until 16.12.2019.

The appointment of the new member of the BoD will be announced to the next General Meeting of the Shareholders of the Bank, which will also decide the election of Mr. Miskou in the Audit Committee, while as far as the review process of the new member by the Single Supervisory Mechanism of the European Central Bank is concerned, the relevant procedure under the legislative and regulatory framework will be followed.